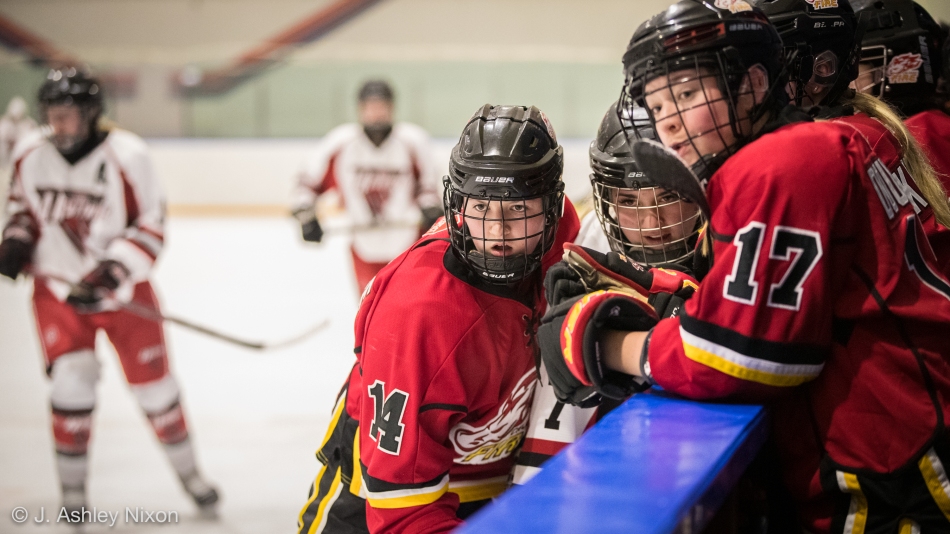 Fire White got back to winning ways after dropping five points in their last two games. With goals by Marlee Oczkowski, Rylee Pennoyer, and an empty netter from Hannah Suto in the closing minutes at East Calgary Twin Arenas, the Calgary team recorded their second season win over Airdrie Lightning. The result maintains their position at the top of the Southern Division of the Alberta Female Hockey League (Midget Elite), above their Fire Red sisters who have a game in hand.

Just the opening bars of this song before a puck drop called it quits. But it was more than enough for me. Especially the great guitar opening by Walter Becker, who was co-leader, along with Donald Fagen, of the best jazz-rock band from the 1970s, Steely Dan. The song, FM (No Static at All) was the title track of the 1978 film FM and recorded at the same time as their iconic studio album, Aja. Here is a link to a live version of FM.

Up next: The Calgary Fire White team is on a road trip up the QEII to Red Deer to face the Chiefs on Friday, December 13.

0 comments on “Fire see the way to win”