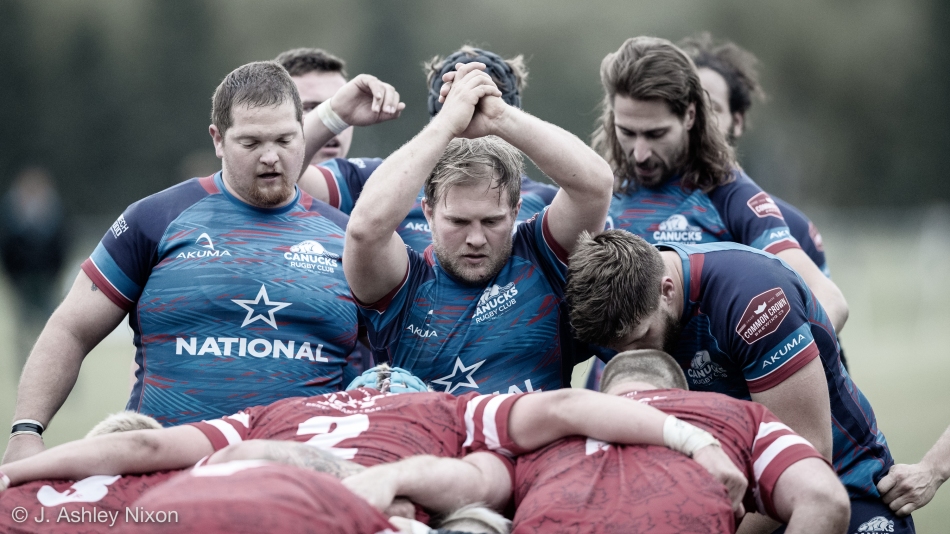 The 2019 rugby season was a big one for Calgary Canucks and many memorable moments were captured by me on camera. The 1st XV won the Alberta Cup (Division 1 Championship) for the first time in 16 years (and the first time ever in the play-off version that exists now). Winning the final against Strathcona Druids at Ellerslie Park, Edmonton was achieved after success against the Rams in the Calgary City final the previous week.

The Thirsty Thirds also made it to the Division 3 final against Leduc Crude but were unable to add to their victory against the Rams in the Calgary City final.

The Canucks 2nd XV also made it to the Calgary City final, going down to a strong Hornets side.

In 2019 a history of the Calgary Canucks was published to celebrate the 50th year of the rugby club. For anyone still interested in purchasing a copy, you can source one from here.

Photos from the 2019 season

Photos from games played by the Calgary Canucks in 2019 have now been archived. You can find them by following this link. You can see your favourite moments, players (in some cases by name) or games from 2019, or previous seasons, using the SEARCH facility located on my photo website.

You can also see a gallery of my favourite photos taken in the 2019 season. You can purchase downloads or prints from the galleries directly from the website.