Calgary Canucks U15 Rugby made it three provincial titles in a row on Saturday with a strong performance against Edmonton’s Nor’Westers. With conditions far from ideal-blustery winds across the pitch and rain getting harder through the match- the team managed to keep the ball to hand and ran in five tries. The full squad (18 for the final) competed with speed and strength with a AAA credit rating going out to the Boys in the Back Row. Two matches against Calgary teams got them there to the final. First was a semi-final victory against the Hornets, the only team to beat the Canucks in the regular season. The Calgary City final was a tight, well fought game against the Okotoks Lions, which ran into extra time before the game was clinched 26-19.
See Flickr for more photos of the Provincial Final and other games: 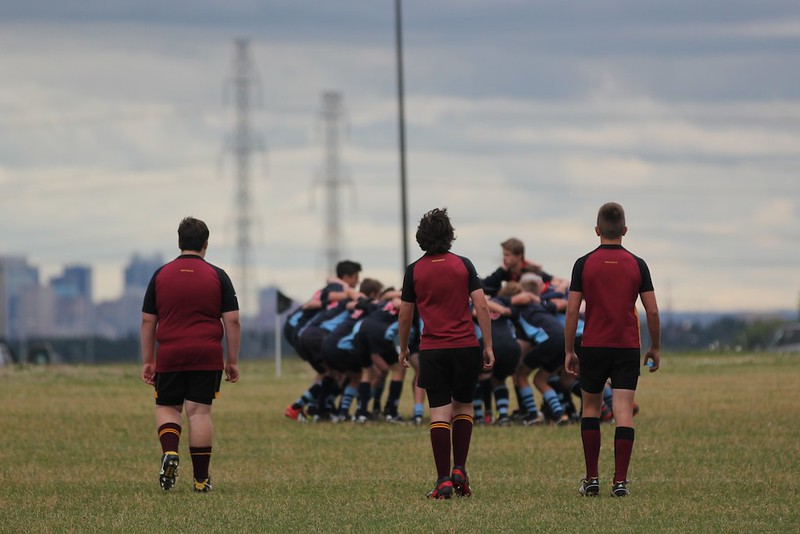