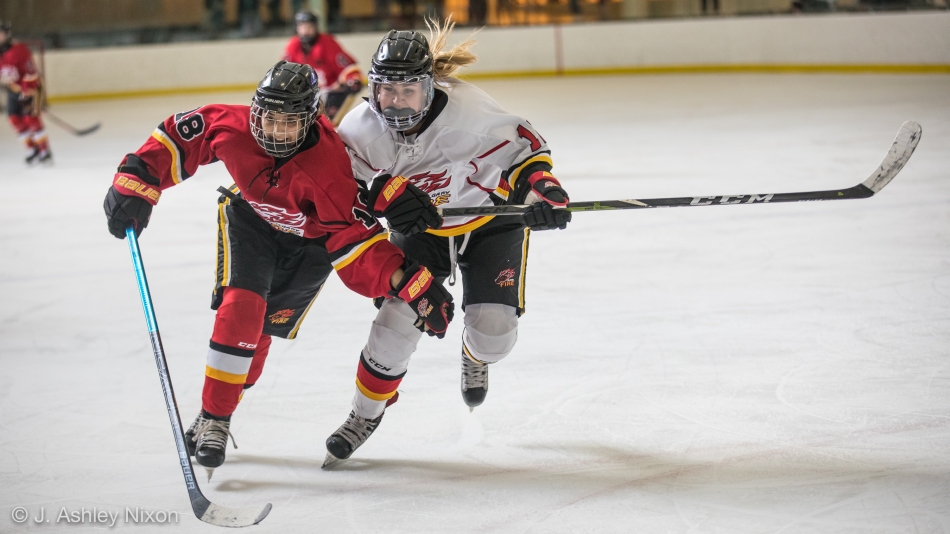 Both Calgary Midget AA teams made it to the final of the Firestarter tournament held at Great Plains Arena, Calgary. After two days of play, both teams were unbeaten with two wins and one tie. The final game was tied at 1-1 after regular time with goals scored by defender Teah Workman (Fire Red) and Megan Dean (Fire White) who tipped in from a blue line shot by Caolin Marks.

Five minutes of four on four solved nothing, so the shoot out clicked in. Both goalies held up well until Fire White’s centre, Rachelle Plum got one passed Red keeper Kalynah Fong-Martin.

1 comment on “Calgary Fire Red and White in Firestarter final”