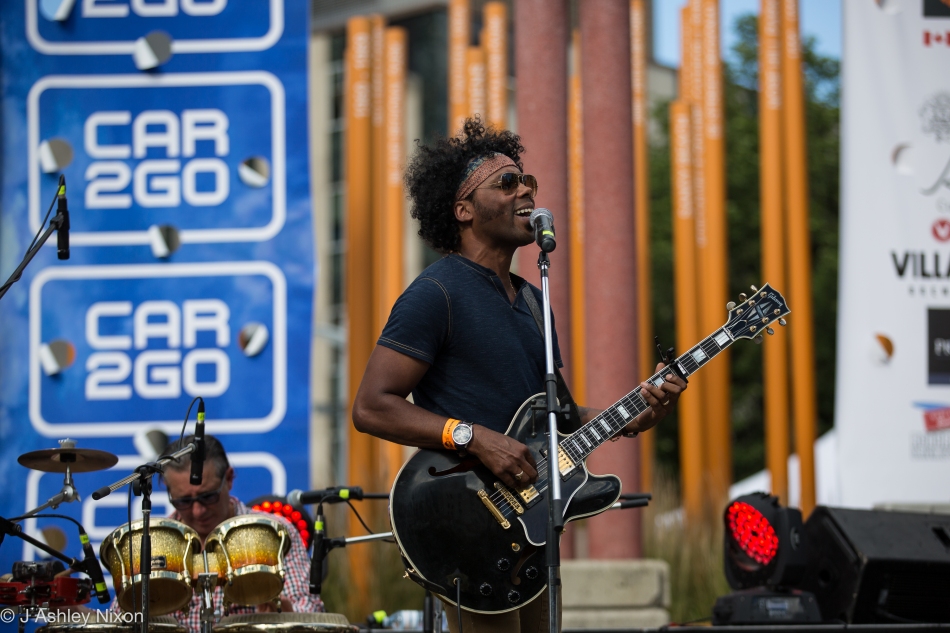 Calgary’s annual July journey into South American culture drew to a close on Sunday night at Olympic Plaza with a classy performance by Alex Cuba.

The Cuban-Canadian artist who has lived for many years in Smithers, BC, is a four-time Latin Grammy winner. He has also been awarded the Juno for World Music Album of the Year on two occasions. His jazz, funk, pop fusion crosses many borders, guided by a beautiful voice and subtly understated jazz guitar chops in his musical passport.

I happened to come across his music as I channel-flipped one evening in a hotel in Victoria, some years ago. As soon as I had the chance, I got into a record store to pick up Agua Del Pozo, his third album issued by Caracol Records in 2007. Song after song continues to be compulsive, such as Amor Infinito and De Camino. And then there’s Si Pero No, with its beautiful chorus-line lyric Que puede ser mejor que lo que ya tienes (which, translated in one way says What can be better than what you have right now). His self-named album, Alex Cuba (2009) followed its way into my collection not long afterward. His latest recording, a single, Todas Las Cabezas Están Locas (All Heads Are Crazy) issued in 2017 also comes with a French version. Que Bueno, Alex!

Musical highlights from earlier in the day included Felipe Alberto, singing popular songs frequently heard in Peñas (folk-music gatherings) in Peru and elsewhere in South America. And there were Latin dancers show-casing their talents, individually, in couples and groups. The biggest of these was a Flash Mob performance of La Marinera, under the direction of Carla Diaz Silva of Raíces del Peru.