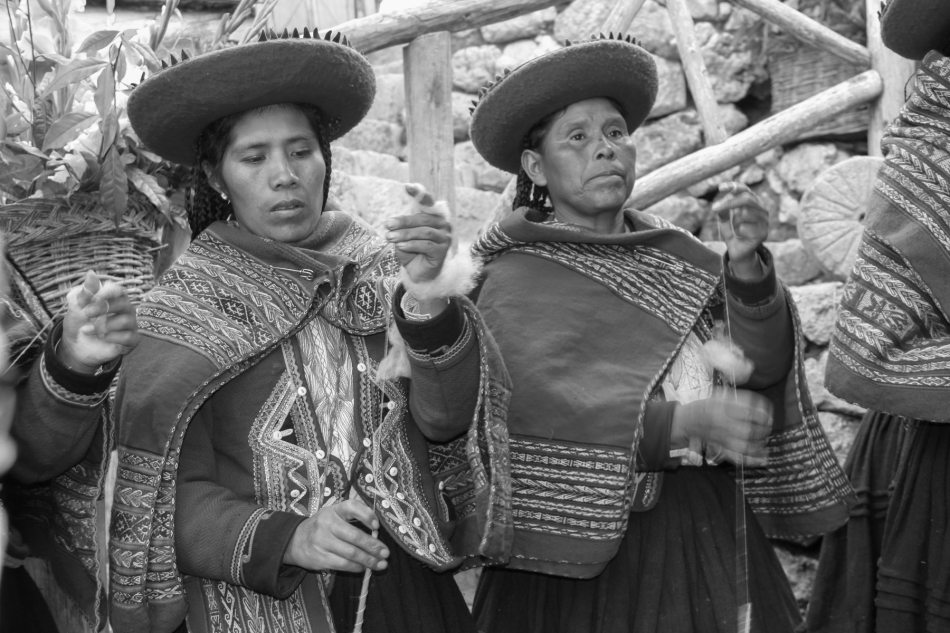 The Peruvian photographer Martín Chambi (1891-1973) was a pioneer of social documentary photography and what we would now call street photography. Martín Jerónimo Chambi Jiménez began his career around 1908, working as an assistant in the Arequipa studio of Max T. Vargas, progressing to opening his own business, first in Sicuani (in 1917) and later in Cusco. Ahead of his time, he was taking environmental portraits of poor rural people, conveying stories of their isolated way of life to a wider public. His large format studio work included naturally-lit portraits of indigenous people that are striking in their clarity and a captured moment of common human spirit that was rare in a strongly hierarchical society.

Through the 1920s, Chambi worked as a photojournalist, using smaller format cameras (including a Yashica 635) to record Andean landscapes and the lives of Quechua speaking people. There are images of workers in potato fields, musicians, dancers and others in a collection that Chambi developed as a part of the Indigenist Movement, a socialist group of artists, writers, and politicians that advocated for the rights of the region’s indigenous people.

A theme explored in several of Martín Chami’s photographs is “Sapo y Chicha”. In these images, you can see the game of Sapo (Toad) being played while drinking chicha (a potent brew made from fermented maize or “choclo”) from extremely large glasses. The players compete to win by throwing coins towards a table where the gaping mouth of a metallic toad eagerly awaits their monetary gifts.

Influences on other photographers

The current and perhaps best-known Peruvian photographers, Mario Testino, has written about the influences of Martin Chambi on his own work. It is quite likely that other modern-day photographers of indigenous people in their environment (Sebastião Salgado, Phil Borges, and Wade Davis come to mind) have been influenced by this documentary artist.

Early travel photography around Machu Picchu and other Inca palaces

As well as recording the people of the Andes, Chambi created an extensive collection of photographs of the palaces, fortresses, and infrastructure that was built centuries before by their Inca ancestors. These images include Sacsahuamán, Ollantaytambo, Pisac and Machu Picchu, often taken with a heavy 18 x 24 cm glass plate camera. Many of these appeared in touristic guide books and as postcards. In this sense, Chambi was an early pioneer of travel photography. It is said that he was proud of his contributions to broadening the awareness and appreciation of Cusco and the southern Andean region of Peru in these early days of tourism.

Other photographs in the style of Martín Chambi

One of Chambi’s photographs is entitled Piedra de los doce angulos (Twelve angled stone) which forms part of the wall and buildings along a street called Hatunrumiyoc (Quechua for “big stone”) in Cusco. The original photograph was taken c.1925 and then copied by Chambi’s son, Victor together with Edward Ranney in 1978 (the original shows the handwritten number 39 in the bottom right-hand corner). This keystone fits, without mortar, holding the building structure together. An impressive Inca design feature that provides resilience against earth tremors.

My own version, like the other photographs here, was originally taken in colour and then converted to black and white, with edits that seek to capture the light, tone, and mood of the originals as best as possible.

For other images from modern Peru, please go to J. Ashley Nixon Communications.

Martin Chambi’s work was featured in a major exhibition at the Museo de Arte de Lima (MALI) in 2016.

3 comments on “In the style of Martín Chambi: images inspired by a pioneering Peruvian photographer”