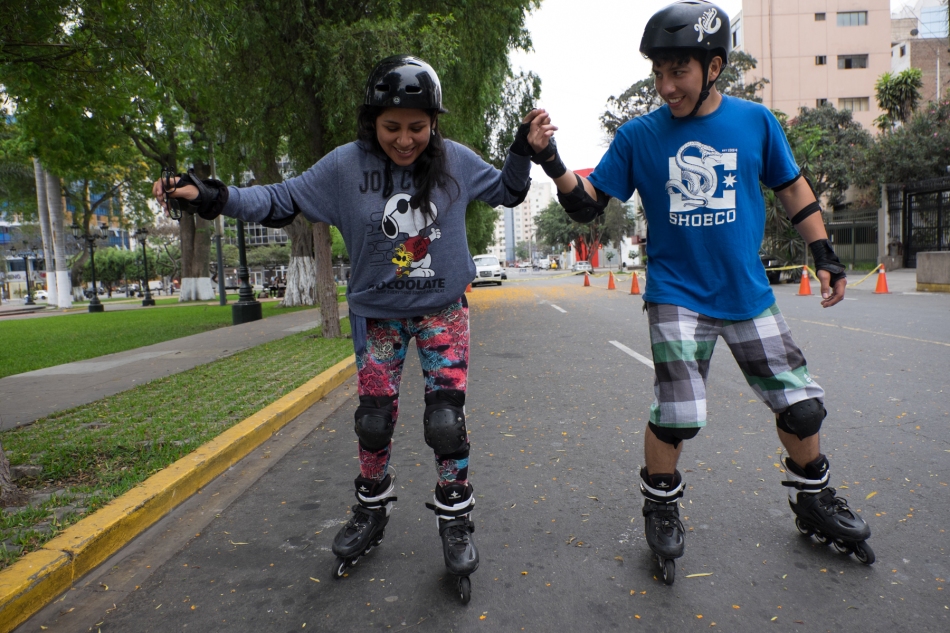 Avenida Arequipa is, like most of Lima’s streets, a usually hectic, congested place for traffic. But on Sunday mornings it changes. The cars disappear, the buses no longer ply the route for passengers. A street transformed for people to come out and enjoy in their thousands. On bikes. On skates. Running, or just strolling along, safe from traffic dangers. Free, at least for a morning, from one of Lima’s most serious sources of air pollution. Young kids, socializing right next to a routinely rabid roundabout. Older folks renting out bikes to get some weekly exercise. Teenage couples trying out in-line skating, maybe for the very first time. Even dog biking.

Ciclodía was established by the Municipality of Lima, Peru on February 27, 2011. It follows the Ciclovía initiative begun in Bogatá, Colombia and now in place in many cities around the world where streets are closed down to motorized traffic, thereby opening them up for healthy recreation. In Lima, a 6 km stretch of Avenida Arequipa is open for people/closed to traffic every Sunday between 07:00am to 1:00pm. I joined an estimated 24,000 people over a couple of Sundays in December 2015 while researching for my forthcoming book Urban Field Trip: Lima, about how the city provides for and manages its food, energy and water.

Here are a couple more photos.

0 comments on “City street in Lima transformed with Ciclodía”