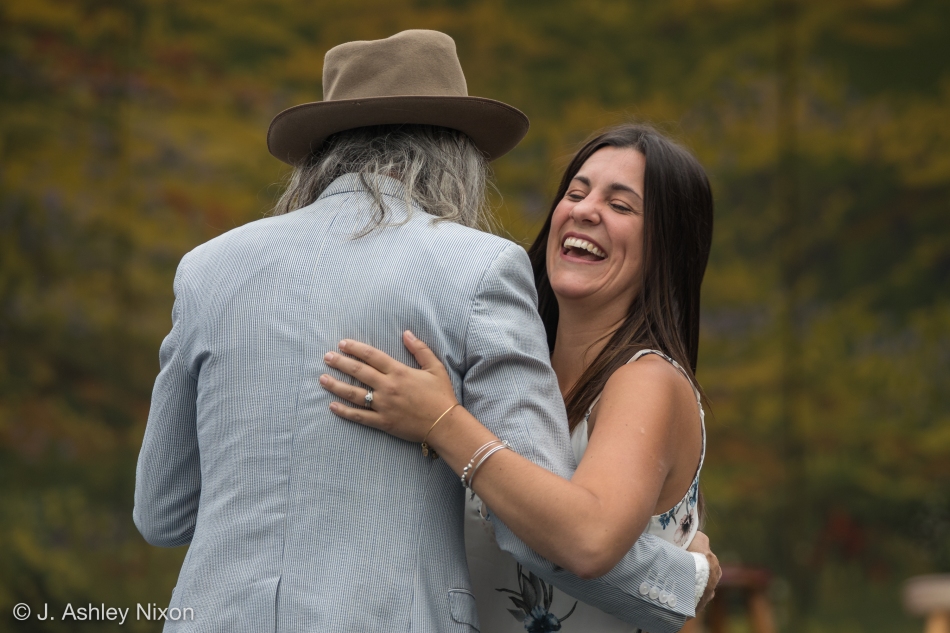 Steve Poltz dances at the Canmore Folk Festival. His dance partner and her husband were married to his song “I Love Everything About You”. Canmore, Alberta, Canada Aug 4, 2018.

Canmore Folk Festival always has a really nice feel about it. The location, set in Centennial Park, surrounded by the Rocky Mountains is breathtaking. The crowd is bright and eager to discover new music. And the musicians are usually open to some banter on and off the stage.

No better than Steve Poltz, the Canadian-born singer-songwriter, who performed solo on the main stage on Saturday. His hilarious stories (“every word is the truth”) included one about working a drug bust with Los Federales in Mexico, with Jewel, that led to their co-written song You Were Meant For Me. I Want All My Friends to Be Happy, with its strong references to kicking cancer, made us laugh and cry at the same time. Hey Hey #19, a song about baseball and his favourite player, Tony Gwynn came with no less than three impressions of baseball commentators.

His engagement with the audience-running off the stage while he kept his gorgeous guitar playing going on a loop-created a closeness with the crowd that is rarely seen. And there was more. A story about a couple who got married in Ireland to his song I Love Everything About You (they told him about it via Instagram) came to life when it was revealed that they were there in the audience. Poltz got them up to the stage, posted an Instagram shot right there then jumped down to have quick dances with them both. Smashing stuff, Steve Poltz, you were a great musical discovery and entertainment in Canmore.

You can see more images of Steve Poltz, other performers at the Canmore Folk Festival on Aug 4, 2018 (Jon & Roy, Joey Landreth, Shakura S’Aida, Lindi Ortega and The Mammals) and more by visiting J. Ashley Nixon Photography