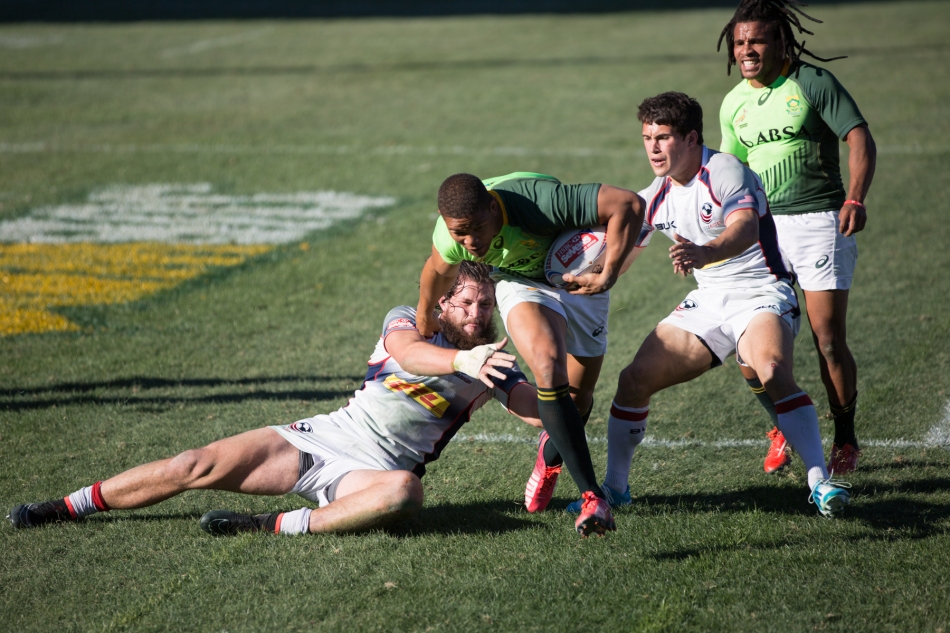 I recently wrote about the Professional Rugby Organization (PRO Rugby) announcement of a new professional league for rugby in the USA in 2016. As I prepared that blog, I thought over the potential confusion between the two codes of the same game, rugby league and rugby union, given that both of them are now played professionally at the top level. That was not always the case.

In a historical meeting at the George Hotel, Huddersfield, Yorkshire in 1895, a decision was taken by 22 clubs of the Rugby Football Union (RFU) to split off and form the Northern Rugby Union. Clubs from Lancashire, like St Helens, Wigan, Widnes and Warrington.Yorkshire teams like Leeds and Bradford Northern joined this sporting revolution. Their concern was quite pragmatic: they had the right to be paid for their skills as players, given that they were loosing income from not being at their working class jobs in factories and mines. The RFU had insisted on remaining strictly amateur.

Over the years, the rules of the Northern Union changed to remove the line out and then the loose forwards. The 13-aside game simplified the ruck and maul so that a tackled player had to play the ball back quickly to keep the game moving, eventually over a series of six tackles after which the ball had to be kicked or given back to the opposition. Rugby League flourished beyond England’s northern counties to Australia, New Zealand and Papua New Guinea (where it is the national sport). In France, the host of the first World Cup of either code of rugby in 1954, it became “rugby à treize”. The speed of rugby league and its reputation for forward supporting play, hard, physical tackling and conscientious defence eventually made its way back to influence rugby union and that too became a professional (and to my mind, a better) game.

The Game that Got Away

Many years after the formation of the Northern Rugby Union, players of rugby league, The Game that Got Away were subject to prejudice, some might even say apartheid. In my own humble playing days as a youth I was at risk from losing the right to play rugby union at university because I played rugby league at school. Others fared worse and were actually banned from playing or coaching rugby because of their past association with the other code. While much of this unfair play has been eroded away, for many years it was a significant social divide in sport that many people resented in the Yorkshire and Lancashire communities I went to watch games with my father.

Colin Welland was the long-standing public, critical voice for raising those concerns. A former player and fanatical supporter, Welland was famous for his acting and screen writing. His common theme in BBC Plays for the Day and the movie Chariots of Fire, was to champion individuals (often working class) in their struggles with the system. He won an Oscar for the screenplay for that film work in 1982.

In his acting roles, Welland played it hard, yet fair. Like the cop, PC Dave Graham, in the long-running police series, Z Cars that sticks hard in my monochrome memories of tea-times spent in front of the telly. His portrayal of the motivational school teacher, Mr Farthing, a chalk-and-cheese contrast to the rough and tumble gym teacher played by Brian Glover, was magnificent in the grainy, nae, gritty, Yorkshire-based film, Kes, directed by Ken Loach in 1969. In his writing about rugby league, Welland’s advocacy for the northern game was direct and down to earth (see Hard. Honest. Beautiful from 2011). All of these talents were greatly appreciated by many far and wide.

0 comments on “Oval ball, two rugby games and a tribute to Colin Welland”